A Front Row Seat for the Cultural Revolution: Some Freedom In Peking (Part 2) 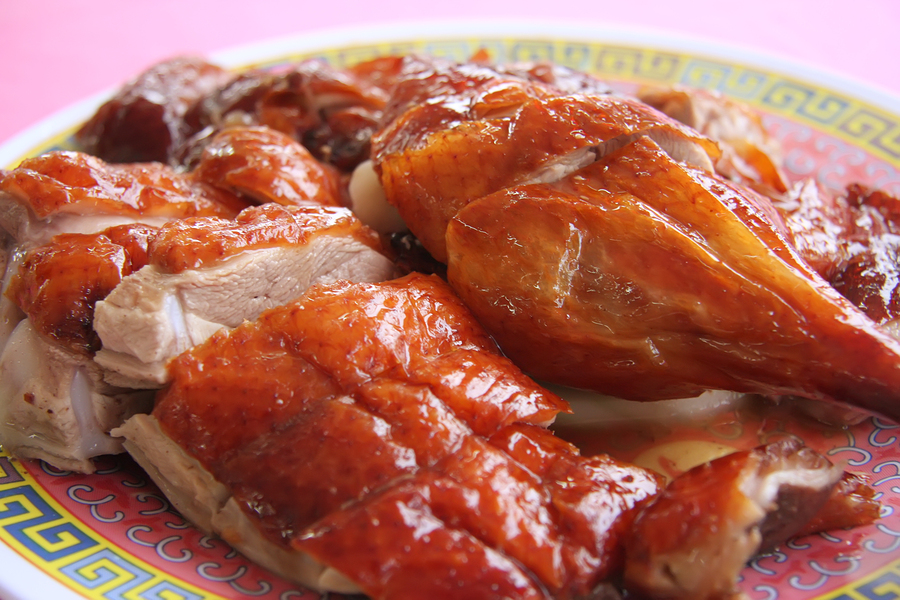 Peking is probably as well known for Peking duck in the western world as for the Forbidden City.  It was with drooling anticipation we set off for a banquet at the legendary Peking Duck Restaurant one cold snowy night.  Due to illness our ranks were smaller — we were down to Helen, Louise, Jerry, Steve, Peter and me.   The hors d’oeuvres were similar to those previously described and were served with hot wine in tiny earthenware cups followed by fertility food, shark’s fin filet in sauce.  Duck made its first appearance in the form of duck liver and kidneys, served with winter bamboo and strips of peppers.  Winter bamboo was showing up with frequency this meal, with chicken, with sea cucumbers, with crisply fried seaweed.

The third dish prompted Steve to remark, “Its great winter sport here to watch them shoot the bamboo!”

We were served slices of stone mushrooms from the mountains, a rare treat.  It was explained that these mushrooms, found in the Himalayas, grew to several feet in diameter.  They could be cut off in the morning and the next morning it would have grown back to full size.  An interesting story.  And who was going to check it for accuracy?

The chef came in with great ceremony, displaying our golden brown Peking ducks.  Then he showed his true skill in slicing the crisp skin with surgical precision.  We next rolled the skin of the duck, with shreds of leek, in thin pancakes covered with delicious plum sauce.

Various parts of the ducks arrived in assorted sauces and shapes as course followed course. At one point heads arrived in a dish many of us passed up. The last of our Peking ducks arrived as duck soup with lettuce floating on the surface.  Were this meal served to Chinese guests it would have ended with the soup, but since we were westerners we received toffee apples sprinkled with sesame seeds.  They arrived like hot coals and after we plunged them into ice water the exterior turned into crackling caramel.  Not being forewarned we discovered to our discomfort the interiors were still like hot coals.  This feast that lasted several hours of continuous eating cost us approximately $12.00 per person.

During dinner everyone compared tales of their day’s adventures.  No one in this group had a hospital day.  My panda bear story inspired all to take a trip to the zoo before departing Peking.

“And there is a fur fair going on in the building next to the zoo,” I added although I hadn’t investigated it.  “It’s in a big green and white building right next door.”

Jayne Meadows wasn’t there to play her usual role as straight person to her comedian husband, but unwittingly I was.

“That’s a great place to have a fur fair, next door to the zoo,” Steve quipped.  “Saves travel time.”

The Peking Duck Restaurant wasn’t very far from our hotel so our group strolled home through back alleyways.  Some people were still awake and active in their cramped quarters, a single light bulb of lowest wattage dangling from the ceiling.  On every window sill sat an old bowl or pot with a living plant growing.  Some were simply pots of wild green clover.  Passing through a park lightly frosted with fresh snow we saw young couples sitting on benches enjoying a bit of time alone, a luxury seldom found in the cramped living conditions of China during the Cultural Revolution.

20 Ton Giants Against the Tiny Snowy Plover
You Haven't Heard the Last of Polo Season
A Lot of Dresses Have Gone Over My Head
Categories Books, My Life
Comments (1)